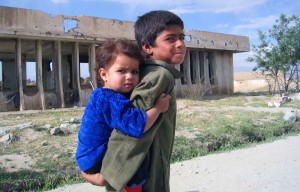 Another week, another scandal concerning the misuse of British aid in Afghanistan.  This time, the self-serving bureaucrats at DFID are accused of handing more than £3.2 million in British tax payer funds to a dodgy, third party German aid agency contracted to re-settle failed Afghan asylum seekers returning from Britain.  Even more appalling; DFID continued to throw money at the German outfit after evidence of fraud had been uncovered.

This is hardly news to anyone whose seen aid agencies operating in Afghanistan.   During my time as a security advisor in the country, I saw DFID, USAID, the UN and US Military Provincial Reconstruction Teams show charts to the media detailing how much money was being spent on development projects and where.   They would roll out a graph and the press would write stories about all the good work being done.  Never once did I hear a journalist ask what all that spending had actually achieved.

Had they bothered, I’m sure a very different picture would have emerged.  Case in point—girls’ schools.   According to UNICEF, 2.4 million girls are in school or university across Afghanistan.  How did they arrive at this number?  Not by going from province to province, counting heads in classrooms.  You see, UNICEF, like nearly all aid agencies in Afghanistan, does not send non-national staff to dangerous areas. They contract out the work to local third parties whose progress and use of funds are impossible to monitor. A third party can easily pocket the money for themselves and tell the aid agency heads sitting in Kabul whatever they like.  The bogus information is then plugged into a spread sheet and presto, a “successful” aid programme is born.

What is the reality of girls’ education in Afghanistan? Who knows, but I can tell you that I’ve personally seen a half-built girls’ school abondoned mid-construction, a recently built girls’ school burned down by the Taliban, girls’ schools that had no books, no desks, no chairs and no teachers, and girls’ schools with no students because the locals were either unwilling to send their daughters there or threatened with retaliation by fundamentalists if they did. How many of these schools were lauded as functioning educational institutions by the aid agencies charged with building them?  I wouldn’t be surprised if the rate was at or near 100%.

I concluded long ago that aid agencies are more concerned with writing weekly reports to justify their own existence than with producing actual results. For years now, DFID has safeguarded its budget by refusing to come clean about what can be realistically achieved in Afghanistan. International Development Secretary David Mitchell claims such abuses are now in the past and that the coalition has adopted a ‘zero-tolerance’ approach to the fraudulent use of aid funds.  If that is true, then how can the coalition possibly justify refocusing aid money on ‘conflict’ countries such as Pakistan and Somalia where the deployment of funds, not to mention programme results, are impossible to monitor?

The only way to ensure zero-tolerance on foreign aid fraud is to abolish ALL foreign aid programmes.  Yet the coalition is intent on throwing good money after bad by raising the foreign aid budget from £8 billion this year to £11.4 billion by 2015.  Prime Minister David Cameron argues that Britain has a ‘moral’ duty to the world’s poor.  Such altruism is dangerously naïve. The only Afghan lives I’ve seen transformed by western aid agencies are warlords who’ve used siphoned funds to build mansions, amass huge overseas property portfolios and arm private militias.

If Mr. Cameron is really interested in helping the poor then he should start with the millions of people in this country struggling to put a roof over their heads and food on their tables (perhaps if he ventured outside his bubble of privilege, he’d realize just how badly the majority of Brits are hurting right now).  How many council houses could be built for £11.4 billion? How many lives saved by an increase in winter fuel subsidies? How many British citizens would benefit from the reopening of schools, libraries, swimming pools and community centres forced to close as a result of spending cuts?   How many working class students could go to university if tuition fees were abolished?

Show some real heart Mr. Cameron and some real leadership.  Spend our considerable charity at home where it will actually do some good.