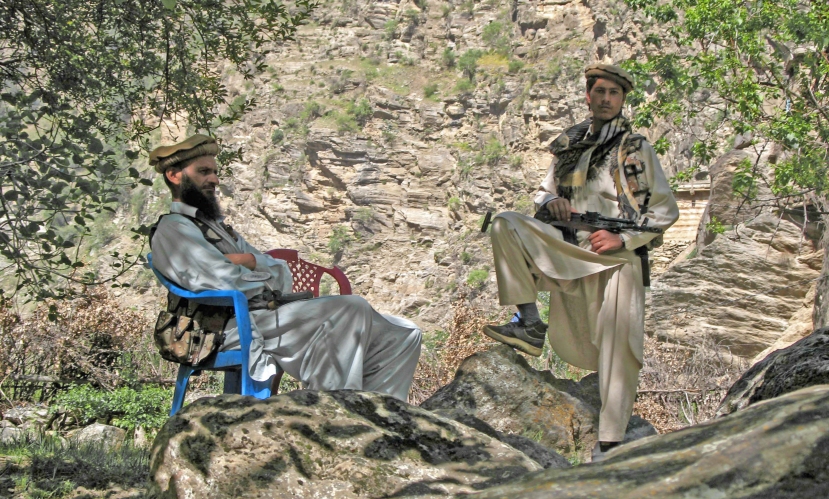 Only the most diehard ostrich believes official pronouncements on Afghanistan anymore.  The latest fiction in this endless, senseless, victor-less war involves the vetting of Afghan local police recruits. Following a spate of “green on blue” incidents (NATO’s sanitized shorthand for Afghan security forces gunning down or blowing up their ISAF mentors), General Adrian Bradshaw, the British deputy commander of ISAF, announced that the training of around a thousand Afghan Local police recruits had been suspended to allow for re-vetting.

The idea that Afghan recruits can be effectively vetted is ludicrous.  Putting aside the logistical challenges of deploying NATO staff to remote, often hostile villages to perform background checks, the lack of official records, the nation’s sky-high illiteracy rate, and the basic distrust of Afghans toward westerners in general, the fact is, the central government will never top the Afghan hierarchy of loyalties.  After thirty plus years of civil war, Afghans have learned how to prioritize their allegiances in order to survive.  Family comes first, then tribe.  Beyond that, nothing matters.

Survival almost always trumps ideology.  That’s why the overwhelming majority of men who join the Afghan army and police do so to make a living, not to make a political statement.  Nation building rhetoric is merely window dressing for NATO press releases and donor conferences.  There are undoubtedly hard boiled Taliban and Taliban sympathizers signing up, but it doesn’t take an eight-point vetting program to figure out which ones are more likely to turn their weapons on their mentors.  A simple map will do.  When western armies went into Afghanistan, they took one side in a civil war. NATO supports the Dari speaking tribes of the Northern alliance over the Pashtoon tribes of Southern and Eastern Afghanistan—the same areas that gave birth to the Taliban and continue to supply it with foot soldiers, aid and comfort.

Sadly, the British and American public are paying scant attention to the vetting lie because they believe the even bigger myth that their troops will be coming home from Afghanistan in 2014.  President Obama and Prime Minister Cameron haven’t promised to pull out of Afghanistan entirely but merely to end combat operations.  A contingent of US and British troops will remain to continue training the Afghan army and police, while Special Forces units will stay behind to take on selected targets.  It’s a scale down, not a complete withdrawal. Moreover, there’s been no mention of what will happen to the strategic assets NATO is leaving behind—namely the airfields which costs billions to construct.  Does anyone honestly think the US and Britain will stand by and let a proxy nation like China or Russia occupy airfields built with western blood and treasure?

Since launching this blog back in 2009, I’ve argued passionately for a complete and immediate withdrawal of British forces from Afghanistan.  The Canadian and Dutch governments have finally acknowledged the futility of this conflict and brought their troops home.  American and British politicians and generals however, have yet to muster the same courage, preferring to whitewash their mistakes with promotions, medals and letters at the end of their names.

A lack of leadership at the top set the stage for the calamitous Afghan security training program that has claimed the lives of 45 NATO soldiers this year alone.  Until the top brass, both military and civilian are held to account, expect more soldiers to lose their lives, limbs and minds to a conflict that cannot be won.

8 thoughts on “AFGHANISTAN 2014: THE BIGGEST MYTH OF ALL”